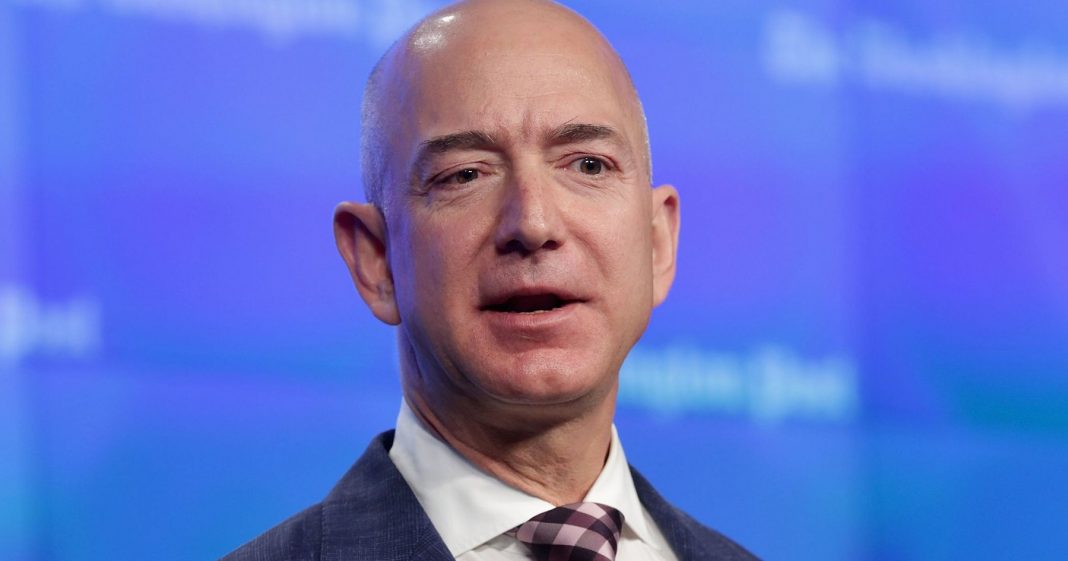 We all know Amazon and Jeff Bezos is CEO of this company and one of richest people in the history. Today we will take a look at his life to see how he came up with Amazon and what path he took to reach the glory he has today.

Jeff Bezos was born in New Mexico back on 1964. His mother was only 17 then and soon after she got divorced from Jeff’s father and married a man named Mike Bezos and adopted his last name for little Jeff.  After this event they moved to USA and stayed in Texas until he became a teenager and then moved to Miami. These events helped him to know multiple cultures and finally in 1987, Bezos got his degree from Princeton University as an electric engineer to separate his path from his family.

His first job offer was from Intel labs and he experienced multiple jobs in a very short amount of time. His future was in computer and in these days he heard about a new approach called Internet. He tried to know this new trend and after sometime he had enough experience to think about his own business.

After 6 years of different works, he started his plan for online bookstore called Amazon. He tried to make his idea for one year and then he got a huge amount of money from his parents to kick start Amazon. With this 300,000$ he was able to implement his plan with ease but his view of Amazon’s landscape was as big as Amazon River itself.

The funny thing is that he calculated a 70% chance of failure for his plan but eventually made it into one of the greatest startup companies ever made. After some years of growth as an online bookstore they were able to finally make Amazon a great E-commerce website. Jeff Bezos had the money he had the backup and he had the experience and eventually combined them with his passion to make Amazon that we know today.

To infinity and beyond

Jeff Bezos was very successful at the beginning of the new century and in 2000 he founded yet another amazing startup called Blue origins. It was a human spaceflight startup company which had plans for commercializing space travel. This startup did not do anything special for 6 years and finally in 2006 they announced their ambitions plan for space travel with lower cost and Bezos bought a massive space as testing ground for Blue origin techs. They reached their greatest hour by announcing orbital launch vehicle in 2015 and they are stronger than ever now.

Jeff Bezos is now richest man alive and has estimated wealth of 165 billion US dollars which is insane by any measure. So if you want to know more about him then you can follow him on social media and even read Washington post (which he bought for 250 million$ back in 2013) to get to know what kind of approach he has toward media. As always if you have anything to add, please leave us a comment down below.